Welcome to the thirteenth day of the 2nd RRBC “TREAT” Reads Blog Hop!  These members of RRBC have penned and published some really great reads and we’d like to honor and showcase their talent.  Oddly, all of the listed Winners are RWISA members!  Way to go RWISA!

Today we have two authors to present. We ask that you pick up a copy of DESTINY’S PLAN, and after reading it, leave a review.  There will be other books on tour for the next few days, so please visit the “HOP’S” main page to follow along.

Also, for every comment that you leave along this tour, including on the “HOP’S” main page, your name will be entered into a drawing for a gift card to be awarded at the end of the tour!”

Victoria Saccenti picked up pencil and paper the moment her childhood book heroes started conversing with her. Sounds a little crazy, but there’s no rhyme or reason for inspiration. Back then, she wrote one-act plays and short fairy tales for simple amusement. Today—many…many moons later—her playful stories have grown into family sagas and retro and contemporary romances with an edge. An avid people watcher, she explores in her novels the twists and turns of human interaction, the many facets of love, and all possible happy endings. Victoria lived overseas and traveled the world for thirty years, and she brings that experience and sense of adventure to her stories. She enjoys taking her reader on a private journey from America to Europe to Southeast Asia and back around. Central Florida is home. She splits her busy schedule between family and her active muse at Essence Publishing. But if she could convince her husband to sell their home, she would pack up her computer and move to Scotland, a land she adores.

One empty bus seat. Two aching hearts. A future written by Fate…When Raquelita Muro’s overbearing mother rips her and her little sister away from their beloved Papa, one tiny, rebellious corner of Raquelita’s heart is grateful that the bus is crowded, and the only seat left is out of Mama’s sight. Next to a handsome young man. 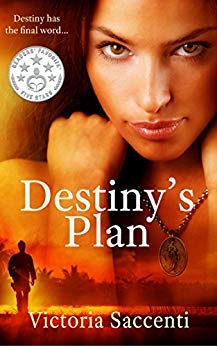 Matthew Buchanan’s beautiful traveling companion is more than something pretty to look at before he ships out for Viet Nam. Deep in her sad, whisky-colored eyes he glimpses a new dream to replace the ones he’s leaving behind. It breaks his heart to leave Raquelita in her tyrannical mother’s hands, but she gifts him with a token of love and a tender promise to exchange letters in secret.

But their first, shy “hello” has reached the ears of Fate. Fate is in the mood to see how far it can push two lonely hearts—to the brink of temptation, desperation, and despair—before they break. Perhaps beyond any hope of healing…

“Michael Thompson offers a tantalizing murder mystery filled with chilling explorations of hypocrisy, true faith, and small-town secrets. It’s about the search for truth, in both the physical and spiritual realms. And it’s all wrapped up in a puzzle that keeps even skeptics on their toes. The writing is compelling with a plot that grows ever thicker and offers even ardent mystery fans delightfully unexpected twists and turns. The intrigue is well developed with well-placed clues and cliffhangers. The characters are multidimensional and fascinating. The faith themes are so masterfully woven in that those who aren’t religious should simply find the novel to be top-notch suspense.” ~~ Diane Gardner, ForeWord’s Clarion Review.

Thompson’s engaging, high-energy Christian murder mystery is narrated by Martha McRae, a woman living in a small Mississippi town who seeks to solve the mystery of the sudden death of pastor David Baddour. Throughout the novel, 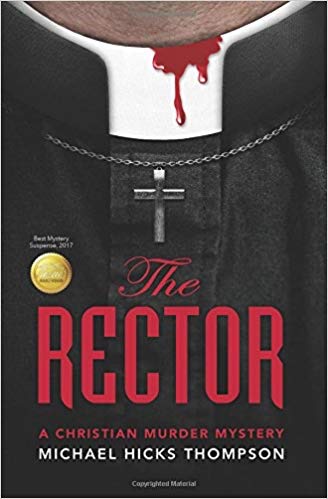 readers are introduced to the cast of characters who inhabit the small Delta town in the 1950s. The book gleefully mixes all the elements of a small-town murder mystery—gossip, foul play, backstabbing—and, as more is revealed about Pastor Baddour and the other townspeople, more mysteries, hypocrisies, and dangers add to the intrigue. Thompson’s tale looks intimately at what it means to function in a community—how a population can reveal and obscure the truth. The Rector works as a suspenseful murder mystery, Thompson also incorporates a spiritual and religious undertone to the story. This Christian Murder Mystery successfully intertwines faith in its plot twists with surprising results.

This small-town tale, set in the 1950s, delves into religion, spirituality, and murder; and is exceedingly clever and cunning. The small community of Solo, Mississippi, is rocked after the murder of a prominent religious figure. Law officials consider the case closed, much to the dismay of widow Martha McRae. She questions how the young rector could die so unexpectedly. After sharing her suspicion with her bible study leader, Betty Crain, a chain of events is set off in the small southern community. Gossip soon abounds with murmurings of foul play, murder, and loss of faith. In the case of whodunit, Martha soon finds that asking questions has put her own life in peril, as she comes face to face with evil. 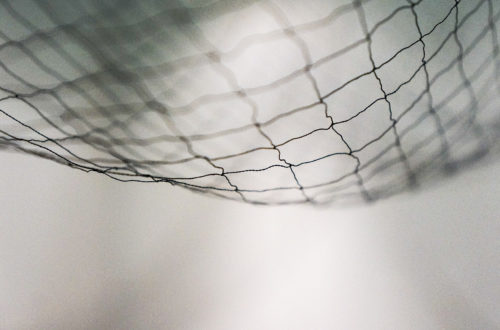